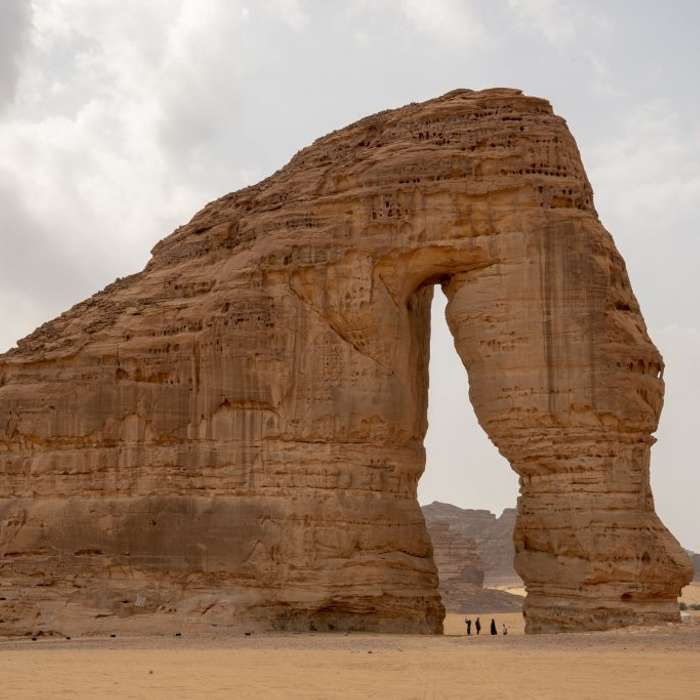 « An extraordinary trip to the heart of an oasis with 7000 years of history! »

Petra, Doura Europos, Palmyra, all these places are enchanting and today celebrate in the world. But who has heard of AlUla, this oasis hidden in an unknown region of northwestern Saudi Arabia? This is what the IMA invites you to discover with its new exhibition "AlUla, wonder of Arabia", which unveils the fruit of more than twenty years of research, for the first time revealed to the general public. The Arab World Institute, in partnership with the Royal Commission for AlUla, invites us to a journey to the land of palm groves, scriptures, shrines, rock tombs and caravan tracks, in an extraordinary region that has been inhabited for thousands of years. A garden with the scents of dates, oranges, lemons and mint, the burial of a Nabataean woman, the stations of pilgrims on their way to the holy sites of Islam and the Ottoman railway stations of the Hijaz railway immortalized by Lawrence of Arabia are all stops for visitors, before they get lost in the alleys of the old city of AlUla. The AlUla region has prospered since ancient times thanks to the fertility of its oasis. It also owes it to its position as a crossroads on the caravan trails that crossed Arabia, in particular that of myrrh, frankincense and herbs transported from Happy Arabia. Inhabited until the middle of the 20th century, it bears the memory of twelve centuries of history told by its inhabitants. The Arab World Institute brings the spirit of these places, which are marked by natural, archaeological and human wealth, to life by presenting the unpublished remains of these civilizations, studied by teams of French and Saudi researchers, while giving a voice to those who make AlUla live today and for the future. The invitation to a journey through the millennia, from antiquity to the present day, in the heart of a sumptuous oasis is thus made for the duration of an exhibition punctuated by modern technologies, newly discovered objects and the magic of old photographs.

Want to know
more about AlUla. Wonder of Arabia?

Don't wait any longer! Download Pablo to discover AlUla. Wonder of Arabia, book your tickets directly in the app to not miss anything of the exhibitions news!