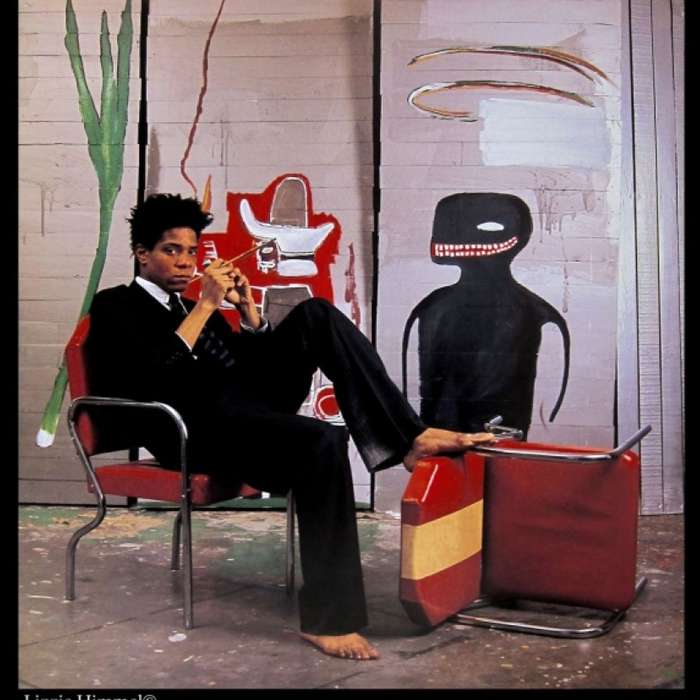 « On the occasion of the 50th anniversary of Basquiat's birth, the Musée d'art moderne de Paris presented a remarkable exhibition on this atypical artist of international stature.  »

In 2010, the retrospective devoted to Jean-Michel Basquiat, the troublemaker of the American art scene, by the Musée d'Art moderne de la Ville de Paris was a resounding and unexpected success. Nearly 3,000 visitors a day: a record number since the museum's creation! But why this craze? For X number of reasons of course, the first perhaps because the artist's life is a saga in itself, with a tragic destiny: a street artist, of Puerto Rican and Haitian origin, born in 1960 in Brooklyn, New York and died in New York in 1988 following an overdose at the age of twenty-seven. The second, perhaps because Basquiat belongs to the generation of graffiti artists who suddenly emerged in New York in the late 1970s. Coming from the New York "Underground", with no artistic training, Jean-Michel Basquiat started covering the walls of SoHo and the subway cars with wild graffiti. The latter are signed SAMO for "Same Old Shit", heralding the energy and anger that ran through his entire body of work. Perhaps also because his art integrates references that are as much artistic as they are popular, ethnographic or societal. Skeletal silhouettes, grimacing masks and pictograms populate his drawings which are full of symbols. He conjures up the mythologies of voodoo and the Bible, images from comic strips and advertising, music and sport. Probably also because, little by little, the artist claims in his work his negritude and starts to represent black characters. For Basquiat, it is a fight against racism, capitalism, inequalities that is played out in his work. His eight years of production, interrupted by his premature death, he lives them with intensity. And finally, because his artistic ascension has been dazzling. Very quickly, his painting earned him worldwide fame: in 1982, he was invited to take part in Documenta 7 in Kassel, Germany; the following year, he was the youngest and first black artist to exhibit at the Biennial of the Whitney Museum of American Art in New York; in 1984, he produced paintings together with Andy Warhol. Conceived with the Fondation Beyeler in Basel, where it was presented earlier in the year, the 2010 retrospective was the largest ever to be created on the artist. Basquiat marked a real break with the minimal and conceptual art of the time, heralding a new expressionism. The artist discovered the ins and outs of his own primitivism. Comprising around one hundred major works (paintings, drawings, objects), the exhibition reconstructed the artist's chronological journey and measured his importance in art beyond the 1980s. Above all, it helped to understand Basquiat's questioning of his identity as an African-American in a world historically dominated by whites. It was an opportunity to immerse oneself in a personal iconography elaborated from the history of his mixed origins to that of contemporary America. Two films accompanied the discovery of the artist: "The Radiant Child" by Tamra Davis and "Downtown 81". The latter, shot during the autumn-winter of 1981 with Basquiat as a "guest star" is a rich testimony of the time when, still unknown, the artist tagged the dilapidated walls of the city with his enigmatic and protestant aphorisms signed SAMO (The SAMe Old shit). Today, he is considered a key figure in contemporary art, one of the most expensive on the market.

Want to know
more about Basquiat?

Don't wait any longer! Download Pablo to discover Basquiat, book your tickets directly in the app to not miss anything of the exhibitions news!