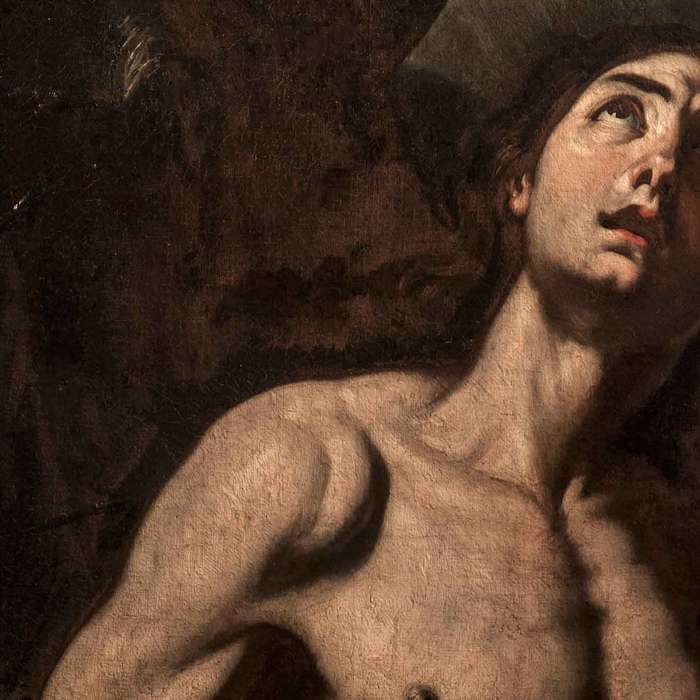 « Provence is full of treasures and has not finished surprising you! »

Exceptional paintings by Caravaggio (1571-1610) from the Peiresc collection are exhibited at the Hôtel d'Agar, a veritable Provencal curiosity cabinet whose collection creates a dialogue between periods. The proof is in this exhibition, which is a real journey through time: previously unpublished Caravaggesque, 16th century and even contemporary art paintings are brought together. More than an exhibition, it is a tribute to the great European collectors, geniuses and scholars of the early 17th century, including Nicolas Claude Fabri de Peiresc. Nicknamed the Prince of the Republic of Letters, friend of kings and queens, of Pope Urban VIII, advocate for Galileo during his trial and friend of Rubens, it is thanks to him that the first Caravaggio workshop outside Italy was created. This workshop, known as the Caravaggio midi, revolved around painters such as Louis Finson, Martin Faber, Trophime Bigot, François Mimault, Mathieu Frédeau, etc. Two paintings in particular attract attention. They were rediscovered in the hotel itself and attributed to Caravaggio, following a four-year investigation. Introduced into France in 1613, they have never left Provence since. These are the Martyrdom of Saint Sebastian and the Painting of the Pardon. These paintings were done on the same canvas, a few months before Caravaggio's death. They were later acquired by Lelio Pasqualini, a great Roman collector. Scipione Borghese, another collector, attempted to recover them, along with an antique cameo, by threatening Pasqualini. It was at this point that Nicolas Claude Fabri de Peiresc intervened and secretly recovered the paintings thanks to Louis Finson, an "antique" painter, but above all a friend, pupil, dealer and collector of Caravaggio. The latter sold the Saint Sebastien to Boniface Borrilly, king's adviser, and gave the Pardon to Peiresc. This new exhibition also provides an opportunity to present two newly restored rooms in the hotel.

Want to know
more about Caravaggio in Provence?

Don't wait any longer! Download Pablo to discover Caravaggio in Provence, book your tickets directly in the app to not miss anything of the exhibitions news!