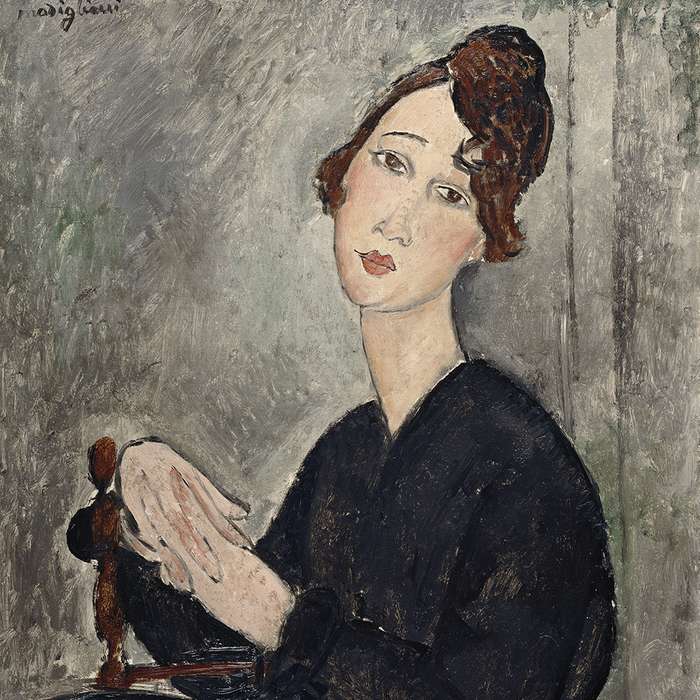 « The School of Paris is not a style but a sadly common history between these migrating artists. »

Paris has always been considered one of the artistic capitals of the world, if not an important gathering place for international artists. This cosmopolitanism was accentuated during the Second World War with the arrival of many artists from other large cities, mainly Jews. From Europe, Russia or elsewhere, these men and women were in search of artistic, religious and social freedom. Although they did not share a common aesthetic, these artists had a common history, an ideal of life and a religious confession. Paris became a place of artistic encounter without precedent in the history of art. It is a city full of possibilities, freedom and modernity. It is a city full of possibilities, freedom and modernity. It is home to well-known artists such as Marc Chagall, Chaïm Soutine, Amedeo Modigliani, Jules Pascin, Jacques Lipchitz, Chana Orloff, Otto Freundlich, Moïse Kisling, Louis Marcoussis, Michel Kikoïne and Ossip Zadkine. Others less known but no less important: Walter Bondy, Henri Epstein, Adolphe Feder, Alice Halicka, Henri Hayden, Georges Kars, Léon Indenbaum, Simon Mondzain, Mela Muter, and many others... A whole generation of artists was built up in just a few years, between 1904 and 1914, in what was the modern capital. Some were united by unique ties, others by their artistic thinking or style. Whatever the case, the political and social context of the time had a radical impact on their productions.

Don't wait any longer! Download Pablo to discover Chagall, Modigliani, Soutine... Paris for school, 1905-1940, book your tickets directly in the app to not miss anything of the exhibitions news!