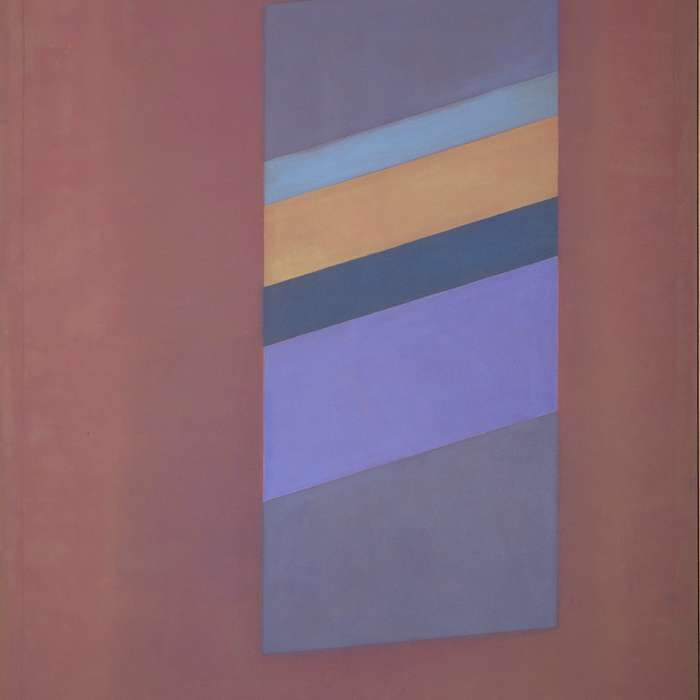 « The return to the picture rails of a great master of American abstract painting. To be discovered without fail!  »

In 2019, you were introduced to an American artist, Charles Pollock, whose work we like very much. He was exhibited for the first time at the ETC gallery which proposed a new proposition of unpublished works by this beautiful and great artist. For his second solo exhibition, this time the aim is to evoke this master of colour through works created in Michigan and then in New York at the end of the 1960s. Now retired from his teaching career, he devotes himself freely and entirely to painting. His return to New York, where he lived from 1926 to 1935, is expected. The two sabbatical years he took - one in Mexico, in 1955-56, and the other in Rome, in 1962-63 - have galvanized his artistic practice. Full of hope, he dreams of returning to New York, where he still has many valued friends, including Jules Olitski, Annalee and Barnett Newman, and Robert Motherwell. A year earlier, he was awarded a Guggenheim Fellowship, and his recent exhibitions have met with some success. Of course, New York has changed - and so has the art scene. He takes up residence in a very large studio at 222 Bowery, an iconic location frequented by prestigious artists from Fernand Léger to William S. Burroughs - Mark Rothko even painted the Seagram Murals there. Although the studio is rather dark, Charles Pollock nevertheless conceived the New York series there, some fifty luminous, lyrical and atmospheric canvases, which brought him resolutely into the Color Field movement. In 1971, Charles Pollock left New York for Paris, where he spent the last seventeen years of his life. These works, stored for some thirty years in a warehouse in Harlem (New York), will be shown in France for the first time.

Don't wait any longer! Download Pablo to discover Charles Pollock, Color Field, 1967-70, book your tickets directly in the app to not miss anything of the exhibitions news!