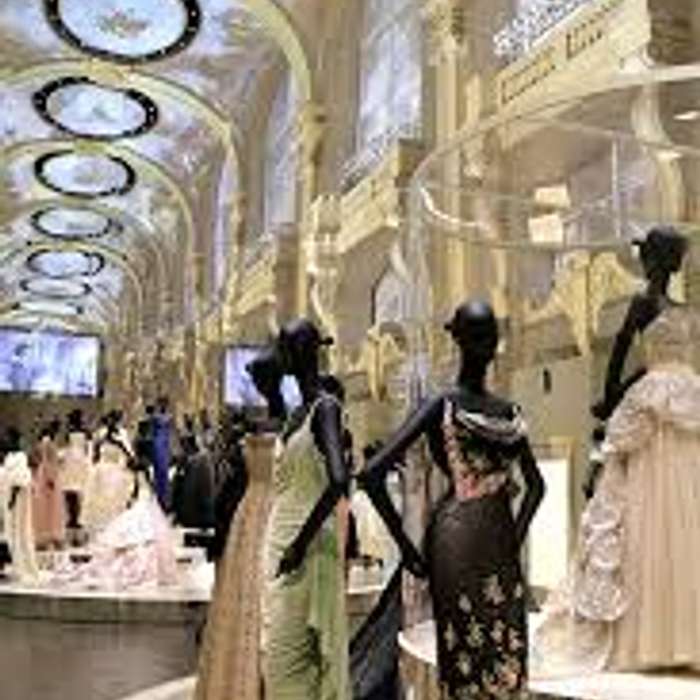 Christian Dior, Designer of the dream

Paris
Museum of Decorative Arts
5 Jul → 7 Jan 2018
Tuesday to Sunday from 11 am to 6 pm. Nocturnal Thursday until 9 pm. Closed Monday.

« An exhibition with breathtaking scenography that fulfilled its mission: to give us a dream!  »

1947, shock year in the world of fashion. Christian Dior explodes the codes with his first "New Look" collection. 2017, new shock: to mark the 70th anniversary of the House of Dior, the Paris Museum of Decorative Arts launches one of the largest fashion exhibitions devoted to the couturier. Mobilization of all the museum's temporary exhibition spaces, more than 300 dresses, runway sketches and archive documents, not to mention the works of art that enrich the scenography: it's a success! With more than 400,000 visitors, the museum is experiencing a record attendance. 1947, a historic year for fashion. Dior presents the "New Look" style at the spring-summer fashion show: soft shoulders, a marked waist, the flight of a corolla skirt. Gone were the men's cuts that the war had imposed! It transforms the woman's silhouette and defines modern femininity. The profusion of colours and textures, the strict Parisian elegance, the reference to neoclassical decor or the fascination for the floral theme are all inspirations from the designer that the exhibition highlights. In art gallery or floral garden atmospheres, paintings, sculptures and decorative art objects recall the couturier's taste for art. Founder of an emblematic luxury house, Christian Dior created a strong and distinctive identity, whose continuity has been assured by the artistic directors who have succeeded him. Yves Saint Laurent opened up to the modernity of Parisian silhouettes; Marc Bohan forced a daring return to classicism; Gianfranco Ferré retained his love of well-constructed clothing in his baroque extravagance. The inventive John Galliano creates eccentric characters, which Raf Simons then counteracts with a delicate minimalism that reinterprets the story. Maria Grazia Chiuri, the latest, affirms her anchorage in a contemporary world of commitment. Between tributes to the designer and reinterpretation of his stylistic grammar, their creations each pursue a vision of haute couture that the exhibition deciphers. The two curators, Florence Müller, curator of textile and fashion arts, Avenir foundation, Denver Art museum and Olivier Gabet, director of the museums of the MAD, have built it according to a chronological and thematic path. It opens with a reminder of Christian Dior's life, his childhood in Granville, his "crazy years" of discovering the avant-garde of Parisian art and entertainment, his apprenticeship in fashion design and his entry into haute couture. Christian Dior's past as director of a painting gallery from 1928 to 1934 is recalled. This activity is evoked through paintings, sculptures and documents by artists including Giacometti, Dalí, Calder, Leonor Fini, Max Jacob, Jean Cocteau and Christian Bérard. Then, in the nave of the museum, a chronological tour from 1947 to 2017 develops the founding impulse and legacy of the Dior spirit through the decades. This is followed by a succession of six galleries dedicated to Dior's successors to decipher how their own creations were part of the pursuit of this vision of haute couture. The exhibition ends in the sumptuous setting of the nave, decorated like a ballroom for a presentation of the most sumptuous evening gowns, among which shine numerous creations gathered for the first time in Paris. Some were worn by famous clients who have contributed to the influence of the House of Christian Dior, from Princess Grace of Monaco to Lady Diana, from Charlize Theron to Jennifer Lawrence. The imagined scenography obviously sublimated the couturier's work. The latter entrusted to the Nathalie Crinière agency transports us from space to space. The route illuminates the "Dior dream" and the enchantment is carried into the last great ballroom of the museum. With the help of the House of Dior, the Musée des Arts Décoratifs has created with this exhibition a veritable ballet of haute couture, where creations and inspirations mingle, where clothing that has become fashion is erected as a work of art.

Want to know
more about Christian Dior, Designer of the dream?

Don't wait any longer! Download Pablo to discover Christian Dior, Designer of the dream, book your tickets directly in the app to not miss anything of the exhibitions news!