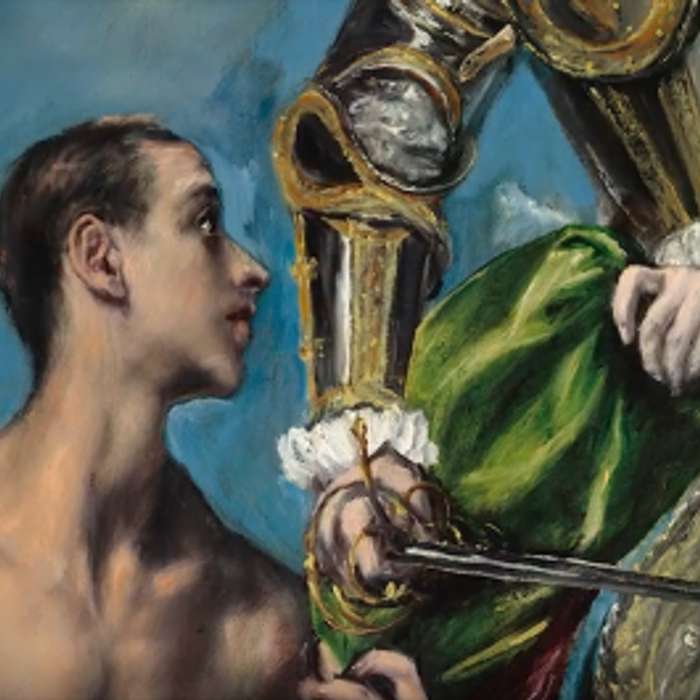 « A forgotten genius to be (re)discovered urgently. Remember to book, there will be a lot of people.  »

It's a fireworks display this fall in Paris. Next to Bacon in Pompidou, Leonardo da Vinci in the Louvre, here is El Greco in the Grand-Palais. This is the first major French monographic exhibition devoted to the genius of Greco, a painter of Cretan origin, whose real name was Domenikos Theotokopoulos. Born in 1541, El Greco made his first apprenticeship in the Byzantine tradition before completing his training in Venice and then in Rome. However, it was in Spain that his art flourished and took root in the 1570s. Attracted by the magnificent promises of the Escorial construction site, the artist imported into the peninsula the colour of Titian, the audacity of Tintoretto and the plastic strength of Michelangelo. It is this synthesis, this mixture of influences, quite original and unique for the time, that gives Greco a special place in the history of painting: that of the last great master of the Renaissance and the first great painter of the Golden Age. However, if his work was recognized during his lifetime, his rich production quickly fell into oblivion and denigration for nearly two centuries after his death, raising questions and debates. It was the avant-garde European painters of the late 19th and early 20th centuries who rediscovered Greco, dazzled by his incredibly inventive, fiery and electric work. Greco developed an expressionist aesthetic that attracted the attention of artists such as Matisse, Picasso and Jackson Pollock. It lengthens the shapes. The silhouettes stretch in flame and often stand out against restless skies. The artist thus enjoys the double prestige of tradition and modernity, linking Titian to the Fauns, mannerism to cubism, expressionism and abstraction. Greco is also an insatiable inventor of forms, developing innovative and audacious compositions to which he will never cease to return throughout his career, varying the effects, the plastic means, the intentions of his speech. What the exhibition shows focuses mainly on the painter's transformation from an iconic art to a Venetian aesthetic, his inventions and variations, and to follow the path of his style from Venice to Toledo. Exhibition event says exceptional loans. The exhibition organized by the Réunion des musées nationaux - Grand Palais, the Louvre Museum and the Art Institute of Chicago brings together between 60 and 80 works by the master from the world's greatest museums. A unique opportunity to discover the different facets of this artist, who is still very little known in France.

Don't wait any longer! Download Pablo to discover El Greco, book your tickets directly in the app to not miss anything of the exhibitions news!