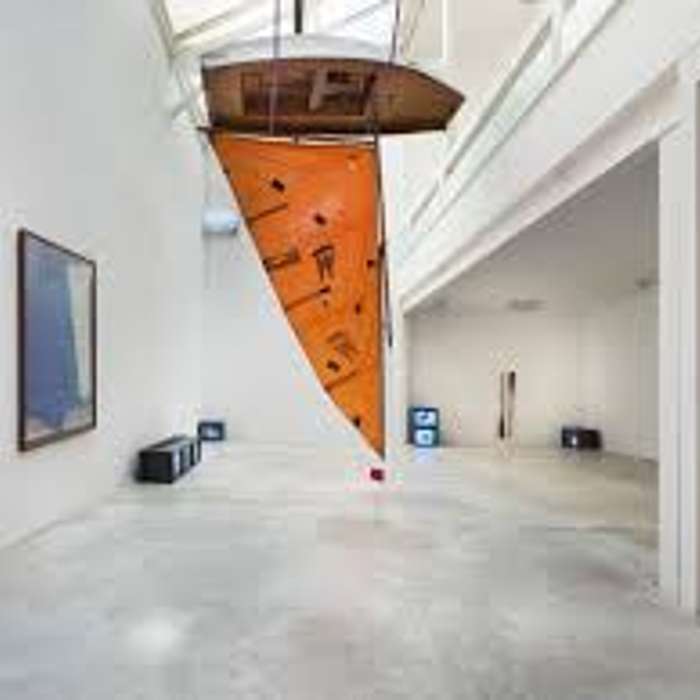 « A strong exhibition that questions our relationship to the world!  »

The sea has always fascinated artists from all walks of life. It has always been an object and subject of inspiration, of more or less classical or singular visions. In the history of art, it was long classified as a landscape painting, born in the 15th century, at the same time as history painting. Nowadays, she navigates between genres, sometimes as a subject of history, society, or politics, etc. In Enrique Ramirez's work, the sea is at the heart of visual work; it is a source of inspiration and infinite symbolism. For his 4th solo exhibition at the Michel Rein Gallery, the Chilean artist continues his exploration of the sea. He presents "Mar mAr maR" which is a repetition but also an act of resistance. This title symbolizes the resilience of the world. "Mar mAr maR is not just the sea in the literal sense, but it is you, me, the other, the friend, the unknown, the "other" world that the media abandon out of disinterest, it is the immigrant, the displaced, it is the sunken ship, it is the silent complaint of the earth when it meets the sea," he explains. "When I imagine a work, I try to project myself into a place I don't know, a place in which I would like to enter and transport myself... A place where darkness would allow me to see the light of images better, that light which is not only there to make us travel but which invites us to share ideas, ways of thinking, seeing, feeling, listening... The sea is like an open window on this world of mysteries and opportunities. » The works in this exhibition attempt to answer these questions. They draw a map whose outlines are inspired by the inverted map (América Invertida - 1943) of the Uruguayan painter Joaquin Torres Garcia. This illustration of Latin America turned upside down has become a symbol of the continent's efforts to assert its central place. Joaquin Torres Garcia has placed the South Pole at the top of the earth, as a visual affirmation of the importance of Latin America that offers another vision of the world and not the one that the rest of the world is trying to impose on Latin America.

Don't wait any longer! Download Pablo to discover Enrique Ramirez Mar mAr maR, book your tickets directly in the app to not miss anything of the exhibitions news!