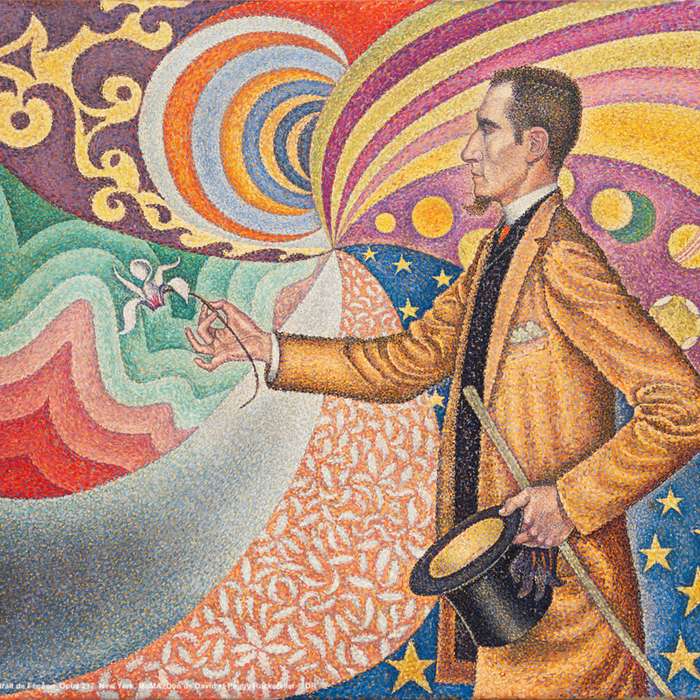 Félix Fénéon: from Seurat to Matisse

« The discovery of an extraordinary personality!  »

A deadpan, a Quaker, a collector, an art critic, Félix Fénéon (1861-1944) was a special figure at the end of the 19th century and the beginning of the 20th century. The exhibition devoted to him here allows us to discover this offbeat man, a major player in the fast-paced art scene. The Musée de l'Orangerie in association with the Quai Branly-Jacques Chirac Museum and The Museum of Modern Art, New York (MoMA) are working on it with brio. Columnist, editor of the Revue Blanche, art critic, publisher, gallery owner, Fénéon was also an exceptional collector who gathered a large number of masterpieces including a unique collection of African and Oceanic sculptures. Unconditional support for neo-Impressionism, discoverer of Seurat, defender of fauvism, futurism, Matisse, the role of Fénéon on the artistic scene at the beginning of the 20th century was decisive. The exhibition brings together an exceptional collection of paintings and drawings by Seurat, Signac, Degas, Bonnard, Modigliani, Matisse, Derain, Severini, Balla, etc., African and Oceania pieces as well as documents and archives. A beautiful immersion in the unique universe of Felix.

Want to know
more about Félix Fénéon: from Seurat to Matisse?

Don't wait any longer! Download Pablo to discover Félix Fénéon: from Seurat to Matisse, book your tickets directly in the app to not miss anything of the exhibitions news!