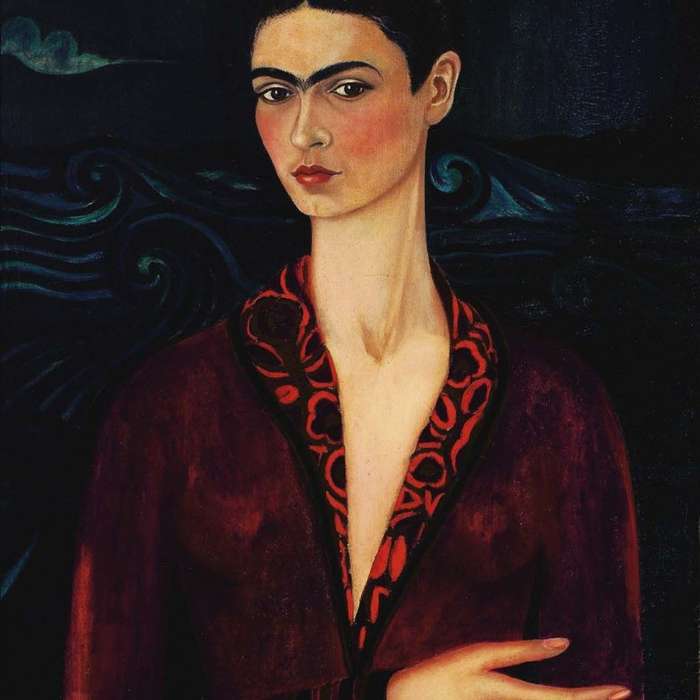 « Two opposing styles but whose fusional relationship was a source of transcendence and sublimation! So many masterpieces... »

The event expo which welcomes more than 4000 people per day. A tidal wave for the time. Frida Kahlo and Diego Rivera are one of those mythical couples from the history of art. The marriage of "the dove and the elephant", as Frida's mother called them, was a fusional, tumultuous, artistic marriage. In 2013, the Musée de l'Orangerie dedicated a joint exhibition to them for the first time, "as if to confirm their impossible divorce". By penetrating the intimacy of the couple, she looked back at their life together and their personal and mutual relationship to art. This exhibition, originally scheduled for 2011 and cancelled for diplomatic reasons, retraces the work of two major artists of Mexican art. 100 paintings and drawings by Frida Kahlo and Diego Rivera from Mexico City, mainly from the collection of the Dolores Olmedo Museum. Dolores Olmedo was a rich collector who had had a love affair with Diego Rivera in her youth, but this affair was quickly ousted by Frida Kahlo in 1929. Dolores will wait until 1954 to get closer to Diego Rivera who was aging, sick and very affected by Frida's death. She will support him morally, lovingly and especially financially by buying many of his paintings as well as those of Frida. Through this selection, the course of the exhibition draws us into the complementary universes of this mythical couple: cycle of life and death, revolution and religion, realism and mysticism, workers and peasants. Frida Kahlo meets Diego Rivera, 21 years his senior, in his school where he makes a mural painting. She admires his work and he encourages her to continue painting, impressed by the strength of expression and personality that emerges from it. From there, a friendship is born which quickly turns into a love story: they get married in 1929. Although they had each cultivated their independence and extra-marital relationships, their divorce of only one year confirmed that the two artists were now inseparable. Representatives of Mexican modernity, their relationship to painting is nevertheless very different. Rivera is one of the main protagonists of muralism. A specialist in historical frescoes through which he seeks to speak to the people, he carries out commissions that have made him internationally renowned. Kahlo sees art as an atonement. In smaller formats, she renews the imagery of femininity and questions gendered relations even though these questions are not yet posed in these terms. She creates intimate images, abundant with Mexican symbols and details, that often evoke the sufferings of life. Yet the couple find themselves in the same artistic and political engagement, in which their works are in dialogue. They admire each other and do not hesitate to exchange advice or ask for each other's opinion. From their communist commitment and Mexican nationalism, they create a provocative and liberating art, where they each in their own way turn the personal into a myth.

Want to know
more about Frida Kahlo and Diego Rivera. Art in fusion?

Don't wait any longer! Download Pablo to discover Frida Kahlo and Diego Rivera. Art in fusion, book your tickets directly in the app to not miss anything of the exhibitions news!