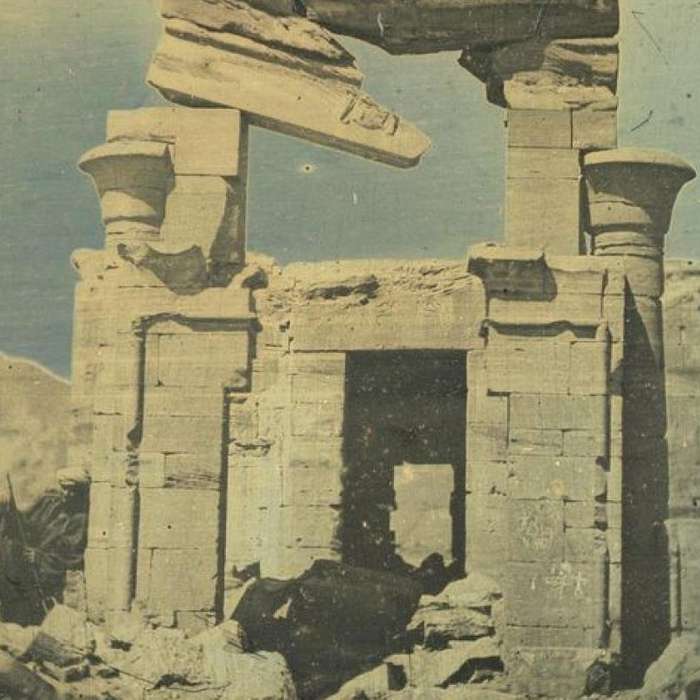 « Visiting the Mediterranean without leaving Paris is possible! »

His name may not mean anything to you... And yet, he is a major figure in the early days of French photography! An aristocrat, Joseph-Philibert Girault de Prangey turned to the arts and tried his hand at the activities of painter, draftsman, architectural historian, scholar and lover of rare plants and birds... But above all, he was a pioneer of the daguerreotype! His pictures, 1000 of which have been catalogued up to now, resurfaced about twenty years ago now. They constitute a work of great quality and bring many new details on the time of Girault de Prangey. He produced a series during a trip to the Mediterranean area between 1842 and 1844. He then photographed Italy, Greece, Egypt, Turkey, Syria, Lebanon, Jerusalem and Palestine. It was from 1850 onwards that Girault de Prangey really showed his talents by developing a very important, varied and original photographic work on paper. For this exhibition, about a hundred daguerreotypes are presented, with about fifty photographs on paper, most of them unpublished! In addition, drawings, paintings, lithographs and books illustrated by Girault de Prangey himself. It is an eclectic but coherent collection, to be replaced in the historical and artistic context of the 1830s to the 1870s: this period saw the rise of illustrated scientific publishing, numerous archaeological and botanical discoveries... In exceptional collaboration with the Bibliothèque nationale de France, this exhibition presents the evolution of Girault de Prangey, Joseph Koudelka's ancestor.

Don't wait any longer! Download Pablo to discover Girault de Prangey photographer (1804-1892), book your tickets directly in the app to not miss anything of the exhibitions news!