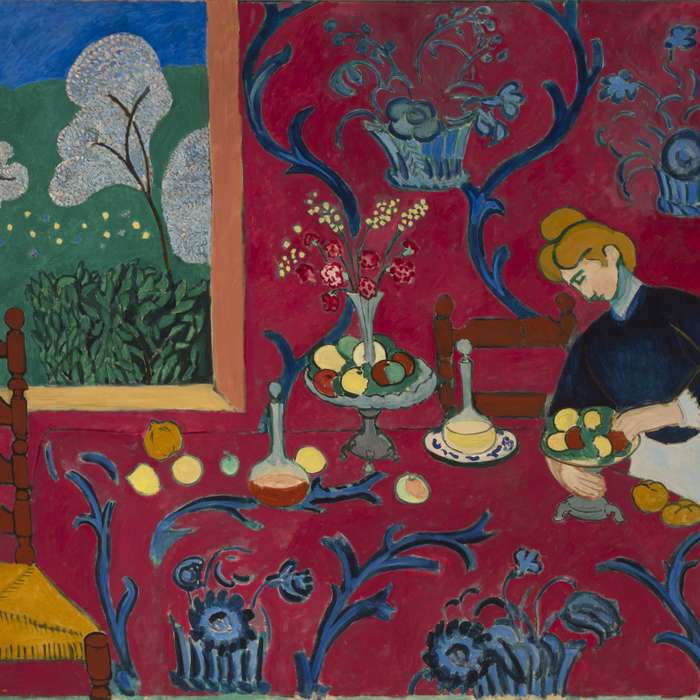 « A world first that allowed visitors to discover an exceptional collection of an aesthete who defied the codes and the inventor of the museum of modern art!  »

It was the 2016 exhibition not to be missed: the Shchukin collection at the Louis Vuitton Foundation. Why did you do it? Because it brought together for the first time outside the original museum an exceptional concentration of works by the greatest masters of the late 19th and early 20th centuries. 29 Picasso, 22 Matisse, 12 Gauguin, Monet's famous "Déjeuner sur l'herbe", not to mention the Van Gogh or Cézanne. No, this is not the collection of a museum, but the EXCEPTIONAL collection of one man! A rich Russian industrialist, Sergueï Chtchoukine built up, between 1898 and 1914, one of the most emblematic collections of modern art. Like the other great Russian collector of modern art, Ivan Morozov, he came from a line of dealers based in Moscow. Under the influence of his younger brother Ivan, who had settled in Paris where he held a brilliant salon where all Russian emigration was crowded, Sergueï Chtchoukine turned to French painters, mainly Impressionists and Post-Impressionists. He first discovered Impressionist paintings in 1898 at Paul Durand-Ruel, a famous Parisian gallery owner, whom he bought by the dozens. Little by little, he plunges more radically into the pictorial revolution: he confronts the taboos of his time, such as the nude through Matisse, Gauguin, Denis, and acquires his first Picassos. Chtchoukine was fascinated by Henri Matisse, the praised and honored leader of the wild beasts that caused a sensation at the 1905 Autumn Salon. In 1909-1910, Matisse created two decorative panels especially for him for the staircase of his palace: "La Danse" and "La Musique". Shchukin collected against his own taste and that of his milieu, going backwards in time. Nearly 250 of the most audacious acquisitions in Europe! In 1908, the collector opened his palace to the public. He invented the museum of modern art and created a true art of scenography, in which the paintings are hung in a sensitive and didactic way. With this opening, he contributed to the training of the Russian avant-gardes, Malevich, Rodchenko or Larionov, who discovered and were inspired by the modern masters. For a long time hidden for ideological reasons, the Shchukin collection remained unknown to the general public. Nationalized under Lenin and then rejected as a symbol of bourgeois art by the Stalinist regime, it was dispersed in 1948 and has never been reunited since. With the help of the Pushkin Museum in Moscow and the Hermitage Museum in St. Petersburg, "Icons of Modern Art. The Shchukin Collection" at the Louis Vuitton Foundation is a world first for having brought together so many pieces from the original collection, with a significant collection of 127 masterpieces by the Impressionist, Post-Impressionist and Modern masters. In a true bias, the exhibition confronts the modern masters with the major artists of the Russian avant-garde, telling the history of the collection as much as its impact. The Vuitton Foundation has succeeded in its challenge: to restore the Shchukin Collection to its central place in the history of modern art. Visiting such an exhibition, discovering in one glance so many masterpieces, happens only once in a lifetime. This explains to a large extent the success of this exhibition, which broke all attendance records at the time, welcoming more than 1.2 million visitors. On the strength of this success, the exhibition entered the pantheon, in place n°3, of the most visited exhibitions in museum history.

Want to know
more about Icons of Modern Art - the Shchukin Collection?

Don't wait any longer! Download Pablo to discover Icons of Modern Art - the Shchukin Collection, book your tickets directly in the app to not miss anything of the exhibitions news!