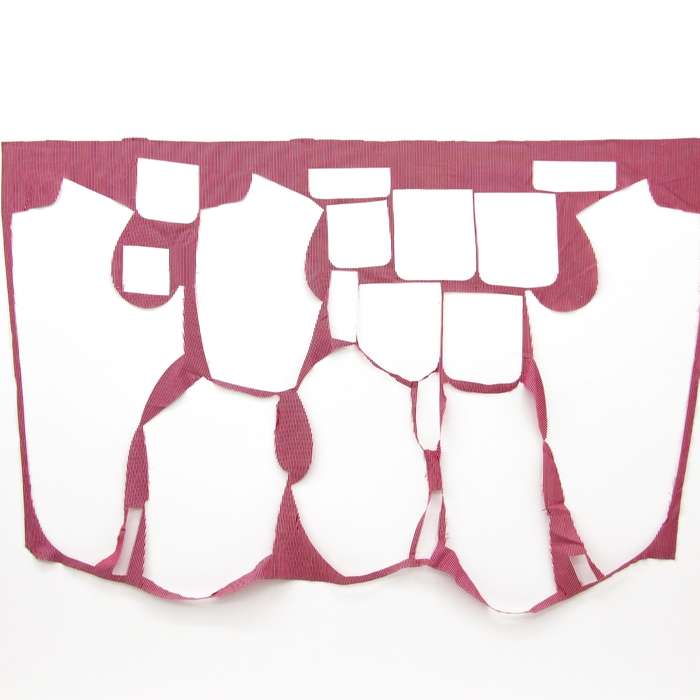 « This new group show brings together five contemporary artists and reveals their own reality. »

Recently, 90 years of Marion Baruch's work have been discovered. On this occasion, a traveling retrospective from Lucerne to Israel has been organized since 2020. These feminine, original and committed works deal with both political and poetic subjects. In any case, the Romanian artist does not cease to question the status of the work of art by working in a multitude of mediums: installations, sculptures, performances ... Her recent production revolves around the link between art and society in a general way. Lately, Marion Baruch has been using fabric scraps from the mass textile industry that she collects and sculpts. The talent of this historical artist of Romanian origin has never been recognized until now. She lives and works in Italy. Decebal Scriba, also Romanian, made his mark on art and its history in the 1970s and 1980s. His original works are now considered significant of a post-war Romanian avant-garde. A multidisciplinary artist, he works in photography, installation, performance and video art. Like Marion Baruch, he questions the relationship to art and to others, with his own language. The sign is everywhere in his work, under several forms: mathematical, corporal, symbolic, handwritten... political and philosophical reflection. He lives and works in Fontainebleau-Avon Mireille Blanc is a French painter with an original practice. She starts with photographs, personal or not, that she chooses randomly. She distorts the objects represented, changes the scales, totally reworks the image to create a new reality. She lives and works in Brunoy, France. Julien Discrit, French visual artist, is interested in geography. For him, it is what allows him to "describe the world". His singular work revolves around space, both physical and imaginary, around the passage of time and generally around the visible and the invisible. He lives and works in Paris. As for Laurent Montaron, he is a multiple artist. He plays with images and space through films, photographs or sound and performance installations. His approach to reality is based on an understanding of what surrounds him and on the observation of the history of technology. He lives and works in Saulchery and Paris.

Want to know
more about Kaleidoscope of reality?

Don't wait any longer! Download Pablo to discover Kaleidoscope of reality, book your tickets directly in the app to not miss anything of the exhibitions news!