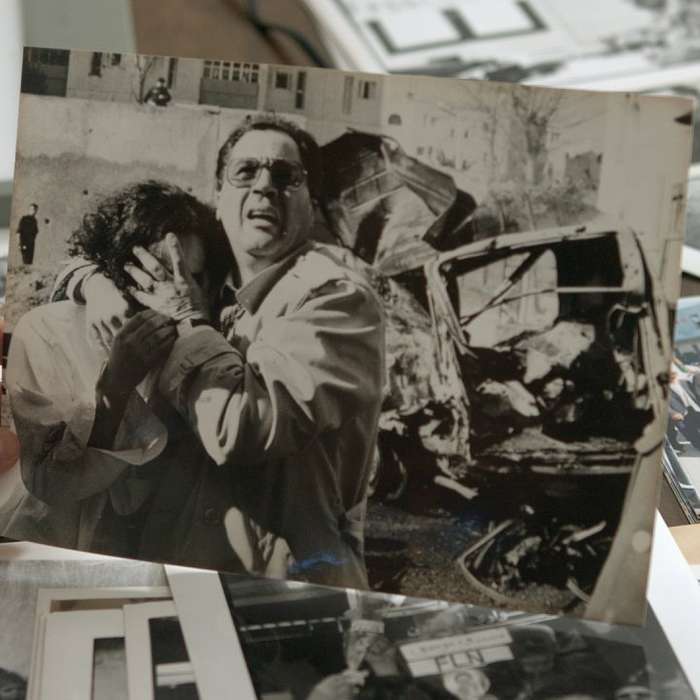 « The place of women is at the heart of the visual writing proposed by the French-Algerian artist. To be discovered without fail!  »

Conceived by Eva Barois De Caevel, the exhibition "Elle a allumé le vif du passé" is a monographic exhibition, in the context of the Africa2020 Women's Focus, of the Franco-Algerian artist and director Katia Kameli. In response to the invitation of the general curator of the Season, the exhibition offers an African, and more specifically North African and Algerian, perspective on the constitution of great narratives of the continent and their international circulation, but also on the writing of Algerian history. Katia Kameli's work specifically raises the question of the place of women within these histories and this history, and is concerned with their status as authors, creators, witnesses, or commentators. Katia Kameli's practice is based on a research approach: the historical and cultural fact feeds the forms of her plastic and poetic imagination. As part of this Pan-African Season dedicated to presenting the point of view of African civil society from the continent and its diaspora, it seemed necessary, and even more so in Marseille, to share the work of an artist who has been devoting herself to the visual writing of Algerian history, in France and in Algeria, for two decades now. The exhibition is spread over the two floors of the FRAC. On stage 1, Katia Kameli presents for the first time in France, in the form of an original installation, a trilogy of films, Le Roman algérien, conceived as an immersion in Algerian history and in the memory of men and women through a collection of images and documents. It continues at Plateau 2 with the installation Stream of stories, designed specifically for the Frac space. Stream of stories is an exploration of the oriental origins of Jean de La Fontaine's fables, starting in India and continuing in Iran and Morocco to end in France. The installation includes videos, facsimiles of original manuscripts that represent different historical milestones of the fables, from the Pañchatantra to La Fontaine's Fables, as well as digital silkscreens and collages. The last two video chapters of Stream of stories continue the research undertaken in the previous sections on the origins and evolution of the Kalîla wa Dimna, one of the best-known texts of medieval Arabic literature and one of the most illustrated in the Islamic world. This exhibition, never before seen in France, has received the support of Axian and the Fondation H and a partnership with the Rencontres d'Arles as part of the Grand Arles Express.

Don't wait any longer! Download Pablo to discover Katia Kameli. Elle a allumé le vif du passé, book your tickets directly in the app to not miss anything of the exhibitions news!