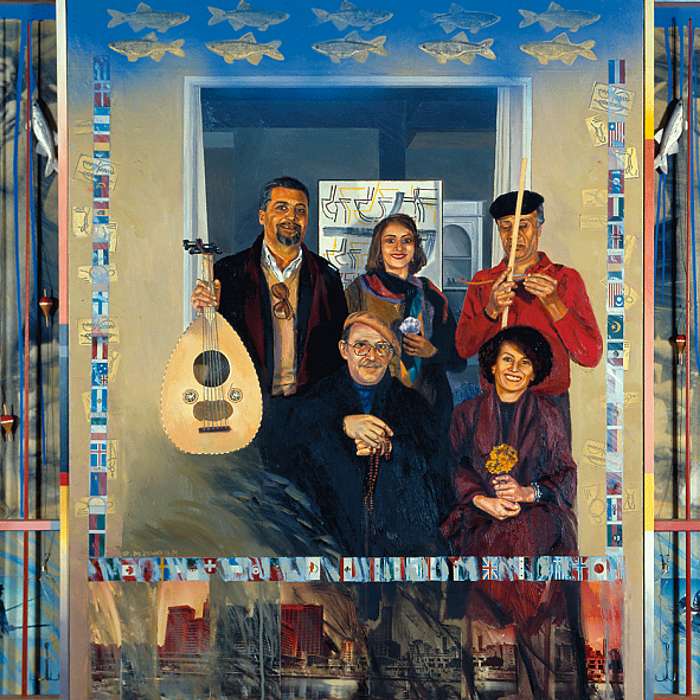 Lights of Lebanon. Modern and contemporary art from 1950 to today

« This exhibition is a tribute to the richness and remarkable activity of the Lebanese art scene, one year after the devastating explosion in the port of Beirut. »

Lumière du Liban reveals three generations of Lebanese artists or artists of Lebanese origin, from the country's independence in 1943 to the present day. It is a complex and varied body of work that testifies not only to the artistic richness of the country, but also to its cultural diversity and its rich heritage. Historically, Lebanon was ravaged by the 1975-1990 civil war and more recently by the explosion in the port of Beirut in August 2020. Despite these dark events, this exhibition illuminates Lebanon's role as a major cultural hub in the Middle East and the world, as well as the freedom of thought and creation of its capital. Indeed, it was in Beirut at the end of the 19th century that the Lebanese secular Nahda was born, the cultural and religious renaissance aiming to bring the Arab world into the modern age. In all, some one hundred works by fifty-five different artists are on display, sweeping through seventy years of artistic creativity: paintings, drawings, sculptures, objects, artists' books, photographs, videos, prints, textiles, ceramics, and installations... Among them are works from the IMA's collection of modern and contemporary Arab art, which is the largest in Europe with its holdings of nearly 600 Lebanese works, since it merged with the major donation from Claude and France Lemand in 2018. This exhibition is a sharp selection of works by artists with a strong commitment and aesthetic stance. Find works by Shafic Abboud, Etel Adnan, Saliba Douaihy, Paul Guiragossian, Hussein Madi, Assadour, Chaouki Choukini and Ayman Baalbaki, as well as young artists Zad Moultaka, Serwan Baran, Hala Matta, Hiba Kalache, Zena Assi or Tagreed Darghouth, all born in the 1960s-1970s. The perfect opportunity for the IMA to present the eleven winners of the call for projects launched among young Lebanese artists in 2020, with the theme of the representation of Beirut as they see it, feel it or imagine it.

Want to know
more about Lights of Lebanon. Modern and contemporary art from 1950 to today?

Don't wait any longer! Download Pablo to discover Lights of Lebanon. Modern and contemporary art from 1950 to today, book your tickets directly in the app to not miss anything of the exhibitions news!