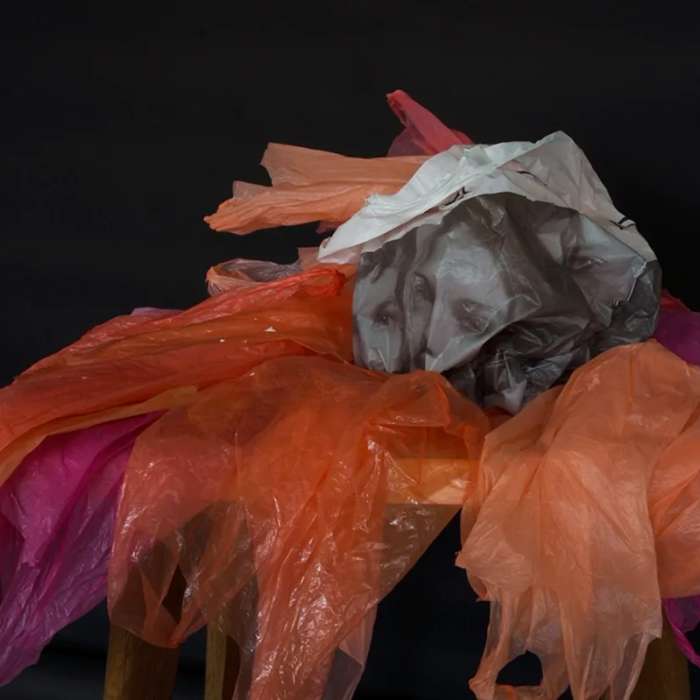 For Pascal Kern, Paul Pouvreau, Sébastien Camboulive and Thierry Balanger, nature is a source of inspiration. They are captivated by its capacity to imitate and (re)produce new forms. Whether geometric, symmetrical or abstract, plant forms are similar to chimerical patterns. The four photographers manipulate both real materials and virtual elements. In his 1990 series Natures, Pascal Kern works with cucurbits. Presented in the form of a triptych, they are photographed frontally and appear to float in space. The image in the centre is the original photo on a black background, the other two are the imprint of the plant. By multiplying the image in space, the artist gives the image an almost sculptural value. These pieces are also close to classical still lifes, especially vanitas. From the Latin vanitas, which means "state of emptiness", vanitas are both images in volume, empty because they are generally set against a dark and sober background, and full because the space is filled with objects and plants. With Les Invasives of 2018, Paul Pouvreau also shows his attachment to sculpture. He manipulates and restructures coloured plastic into bouquets of flowers. The ordinary, coarse material is delicately worked into a beautiful, airy bouquet. Using plastic as a raw material, which is far from natural, is to underline the contradictions of our society, which encourages us to consume better, but always more. Sébastien Camboulive presents his brand new series, Point d'équilibre. These black and white carbon pigment prints illustrate the multiplication of plants. By working with the mirror image, he manages to retranscribe the hypnotic effects and perfect symmetry of the plants in question. For Thierry Balanger, this exhibition is an opportunity to show his series still in production, Les fleurs cassées. He mixes painting and photography by using chemical processes, without even using a camera! These chemigrams allow the creation of new images, revealing flowers and plant motifs, bordering on abstraction.

Want to know
more about Plant-proof?

Don't wait any longer! Download Pablo to discover Plant-proof, book your tickets directly in the app to not miss anything of the exhibitions news!