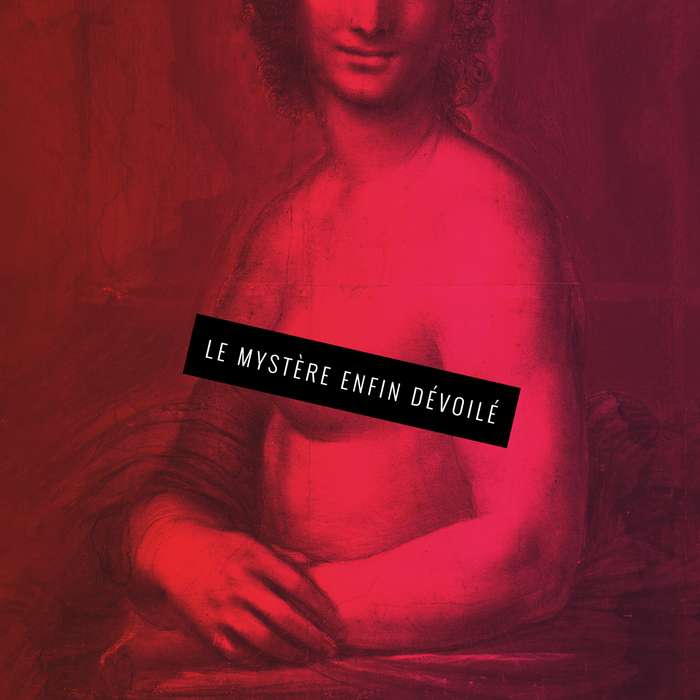 Oh my god! A naked woman...yes...but not just any woman. The "Naked Mona Lisa", please. In front of this universal beauty (although having arms of Hercules and flirting appreciably with a certain androgynity), one is amazed, overwhelmed by the emotion that comes from who knows where, at the sight of the "sfumato", this unique technique of the chiaroscuro that breathes life, invented by this Renaissance genius. For the 500th anniversary of Leonardo da Vinci's death, many institutions in France and Italy will be looking at the Maestro's work. For its part, the Domaine de Chantilly presents an original exhibition dedicated to one of its flagship works, albeit little known and enigmatic: the "Naked Mona Lisa". The Condé de Chantilly Museum preserves the most famous representation of the Monna Vanna, better known as the "Naked Mona Lisa", a large cardboard box (almost that of the "Mona Lisa" of the Louvre) that never stops questioning. Thanks to very ambitious international loans, the summer 2019 exhibition attempts to unravel some of the mystery of this true icon. The exhibition is built in an original way, in the image of a police investigation carried out on the hidden side of the world icon kept in the Louvre, and which feeds the craziest fantasies since time immemorial. Thus it is nicknamed in secret circles as the "double erotic" of the Mona Lisa of the Louvre. Exposed at the heart of the tour, accompanied by a captivating short film, the drawing stands among about thirty works, including half-naked replicas and many descendants (Gabrielle d'Estrées in the bath, the one who pinches her sister's nipple, is one of them). In 1862, this cardboard had cost the Duke of Aumale a fortune, its buyer, but very quickly its authenticity was challenged. Up to the famous scientific investigations of recent years. A hint: the collector will not turn around in his grave. Laboratory analyses showed that Chantilly's drawing served as the basis (allowing the composition to be transferred) for paintings probably created in her workshop. For the first time, they will be brought together exceptionally. Many of Leonardo's students and followers took up his composition, were inspired by it or transformed its meaning. This will be a unique opportunity to collect several replicas, to compare them to Chantilly's cardboard and to each other. By focusing on an emblematic and forgotten work by Leonardo da Vinci, the Domaine de Chantilly exhibition will pay tribute to one of the master's most enigmatic inventions, while providing a true lesson in art history dedicated to the development of a pictorial genre between France and Italy.

Want to know
more about The nude Mona Lisa?

Don't wait any longer! Download Pablo to discover The nude Mona Lisa, book your tickets directly in the app to not miss anything of the exhibitions news!