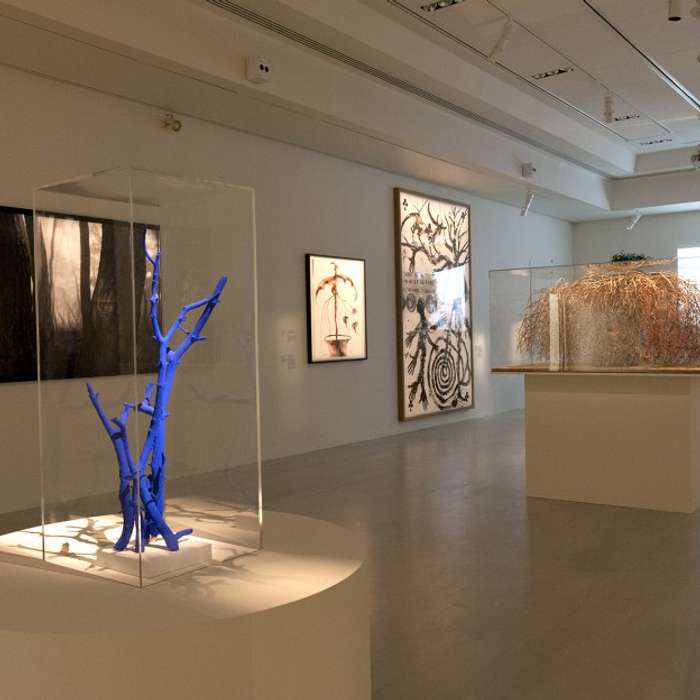 The tree that never dies!

« Memory of a beautiful and ambitious exhibition that more than ever showed that the tree is the central figure in the life of man and art!  »

In the face of the global crisis created by Covid-19, added to the ecological awareness and environmental concerns that has been germinating for years, the tree, and nature in general, has returned to the forefront of artistic themes. In 2013, the Théâtre des Sablons in Neuilly-sur-Seine organized a beautiful exhibition entitled "The Tree that Never Dies". The title of the exhibition "L'Arbre qui ne meurt jamais !" borrowed from the Indian tree Moringa oleifera, its tropical botanical terminology - it possesses exceptional nutritional qualities that give it its immortality - and draws on its definition to imagine a concept around the phenomenon of resilience specific to this element. At a time of massive deforestation, this exhibition with its breathtaking "artistic cast" was nourished by the idea of the tree's resilience and explored the permanence of its artistic representation in artistic creation. The idea was then to imagine a reinvented forest, confined in a territory where the field of possibilities can begin, that is to say where art will take place. This exhibition proposed an immersion in an imaginary forest of works by some forty artists, some of them world-renowned and others emerging on the international art scene, coming from diverse cultures and horizons. The international party was above all a way of exploring the different cultural dimensions of the tree according to the continents. The artist, depending on whether he is from Asia, Africa or the West, does not have the same vision of the tree in relation to his own culture. The Tree that Never Dies is articulated in three stages in the image of the cycle of life. The first, Arborum, or - the idea of birth - of a landscape, illustrated the creation of a real, artificial, dreamlike and imaginary landscape from the subject and the object "tree". Then Metamorphosis or - the Tree Man - established a kind of parallel between the life of the tree and that of man, where man and nature are one through the figure of the tree. Finally, Resilience opened the door to the sometimes harmonious, often conflictual relationship between man and nature. Strong works punctuated this journey around the notions of life and death of the tree, ecological concerns and the place of the tree in the urban landscape. From David Nash, Pierre Alechinsky, Roland Cognet, Cécile Beau to Samuel Rousseau, Rodney Graham, Pascal Convert, Jean-Claude Ruggirello, Erik Samakh, Susumu Shingu, via Jaume Plensa, Bae Bien-U, Jephan de Villiers, Laurent Pernot, Giuseppe Penone, Martial Raysse, Tadashi Kawamata and Javiez Pérez, visitors were able to appreciate the diversity of representations and points of view of this universal theme throughout the tour. First an object in situ, then a visual art object, it also expresses the most subtle fluctuations in our relationship with nature. The aim was also to question the experience we feel in our relationship with trees and, ultimately, to question more fundamentally our relationship to the world and space.

Want to know
more about The tree that never dies!?

Don't wait any longer! Download Pablo to discover The tree that never dies!, book your tickets directly in the app to not miss anything of the exhibitions news!