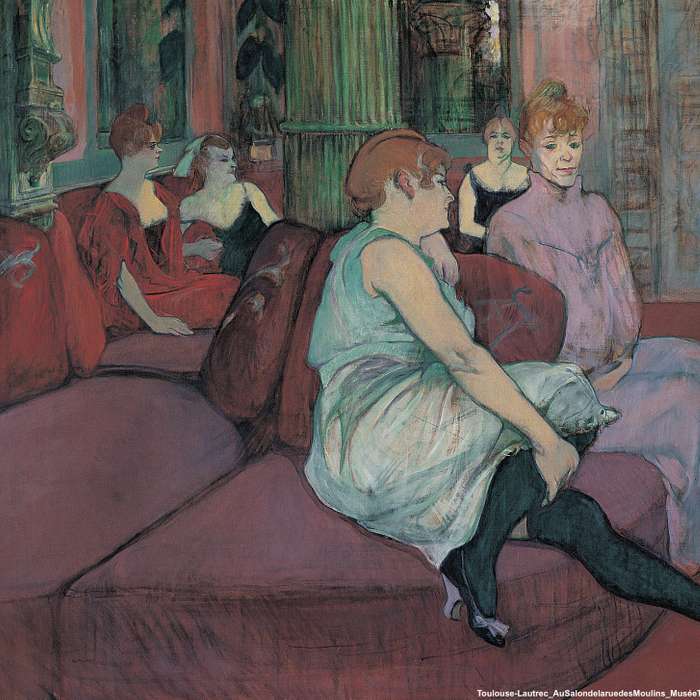 « Exceptional exhibition = a lot of people. Go there especially with a priority ticket and in complete freedom! »

Toulouse-Lautrec in the Grand Palais! With the ambition to change the way we look at an artist and his work. We love this kind of challenge. It is one of the three major events marking the autumn artistic season with the Greco and Leonardo da Vinci exhibitions. The last retrospective devoted to Toulouse-Lautrec in a French museum dates back to 1992. In other words, many people will really discover the work of this artist, so famous and so disparaged at the same time. With around 200 works, the exhibition aims to offer a new perspective on the painter, the engraver, the poster, the modern-day artist he was and who was long reduced to the scandalous painter of Montmartre. By his birth, his training and his life choices, he rather wanted to be the pugnacious and comical interpreter, terribly human in the sense of Daumier or Baudelaire, of a freedom that must be better understood and revealed to today's public. By favouring the weight of the context or the folklore of the Moulin-Rouge, we have lost sight of the aesthetic, poetic, even political ambition, of which Lautrec invested what he learned, in turn, with his masters Princeteau, Bonnat and Cormon. The bias is to show the true continuity in his work and the incisive and caustic style so recognizable that can be observed on either side of his short career. One of them is the narrative component from which Lautrec disposes much less than one might think. The other dimension of the work is the desire to represent time, and soon to deploy its duration more than to freeze its movement. Encouraged by his photographic passion and the encouragement of Degas, electrified by the world of modern dancers and inventors, Lautrec never stopped reformulating the space-time of the image. He makes photography his ally. More than any other 19th century artist, he associated himself with photographers, amateurs or professionals, was aware of their power, and served their promotion through posters. That he enjoyed the Montmartre show, that he celebrated the aristocracy of pleasure and the priestesses of vice in Baudelaire's way, is undeniable. The brothel even offers it a space where women enjoy a unique independence and authority, however paradoxical they may be. No other painter, moreover, has the means to communicate the hard brilliance of lighting and reflections, the fever of a clientele seasoned to excess, the electricity of the cancan. The movement, which is unrestrained, breaks down before our eyes, resulting in the most dynamic posters, such as Loïe Fuller's prints and the Goulue panels, also cinematographic. Between painting, literature and new media, the exhibition finds its way as close as possible to this involuntary midwife of the 20th century. The Museums of Orsay and the Orangery and the Réunion des musées nationaux - Grand Palais are at the origin of this beautiful project, with the exceptional support of the Bibliothèque nationale de France, owner of the entire lithographed work of Henri de Toulouse-Lautrec, and with the exceptional support of the City of Albi and the Toulouse-Lautrec Museum.

Don't wait any longer! Download Pablo to discover Toulouse-Lautrec Resolutely Modern, book your tickets directly in the app to not miss anything of the exhibitions news!