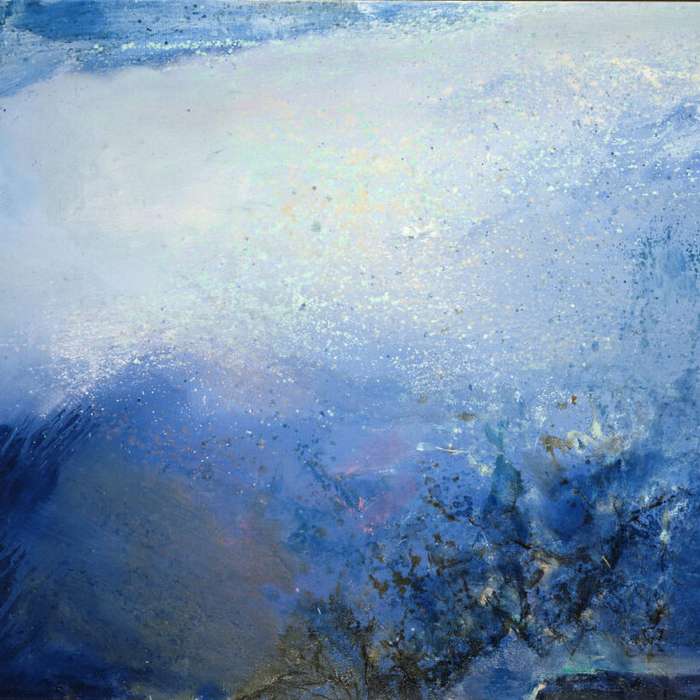 Zao Wou-Ki. It never gets dark

« A tribute exhibition to the Franco-Chinese artist Zao Wou-Ki, friend of Pierre Soulages, Joan Miró and others!  »

In the heart of the Mazarin district of Aix-en-Provence, the Caumont Hotel pays tribute to a recently deceased artist from the city. Zao Wou-Ki, a painter of Chinese origin, born in the Provençal city in 1920, left us in 2013. Between impressionist inspiration and Chinese tradition, his work is unique. Zao Wou-Ki moved to Paris in 1948, where he began to work with light, both day and night, to "show" the invisible. Two years later, he moved on to abstraction, adding large masses of colour to his increasingly poetic paintings. He was then attached to the Ecole de Paris, then to lyrical abstraction. The 1970s were decisive because it was then that the artist decided to return to his Chinese origins. He worked with Indian ink under the guidance of his friend Henri Michaux, which allowed him to contrast the spaces on the canvas. Emptiness, fullness and reserve became an integral part of his work. Until the 1980s, he represented the darkest phases of his life, the painful memories of the mourning of loved ones. Whether in oils on canvas, watercolours or Indian ink on paper, light is inseparable from his work. He stays in the Var, in Ibiza, in the Luberon... which has allowed him to pursue his quest for natural light. Like his impressionist predecessors, he works on the motif. His primary inspiration remains Paul Cézanne, for whom he has a deep admiration. At the same time, he always seeks to create new pictorial spaces and to balance opposites, as is the case in traditional Chinese painting. As the French writer and poet Claude Roy said, Zao Wou-Ki is "...a great painter who continues in his work at least ten great centuries of Chinese art, and who is one of the best modern painters of the West. "

Want to know
more about Zao Wou-Ki. It never gets dark?

Don't wait any longer! Download Pablo to discover Zao Wou-Ki. It never gets dark, book your tickets directly in the app to not miss anything of the exhibitions news!